Wonderful for doing housework, company while one does chores or goes to sleep. Fun listening. A few examples: 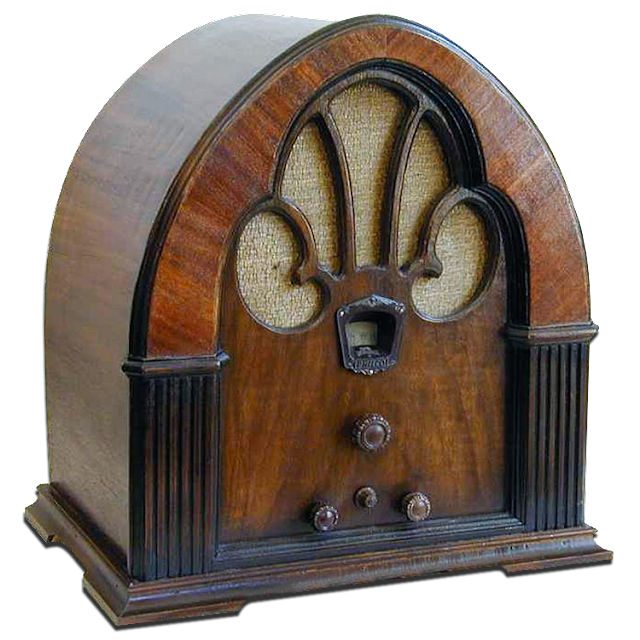 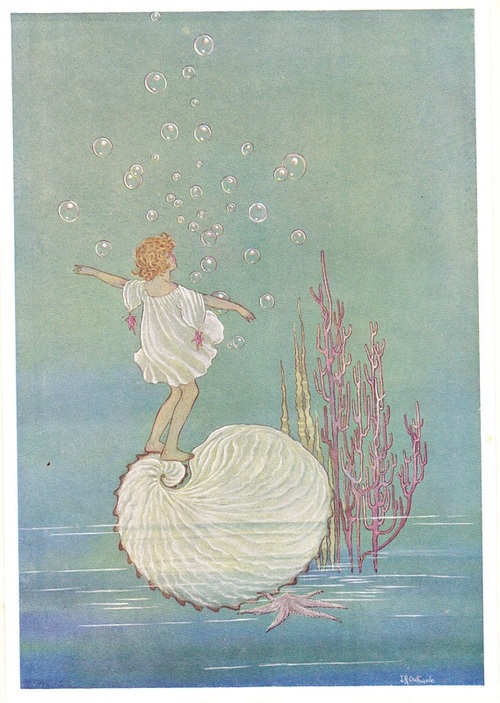 
If you like butterflies, this is important to know. 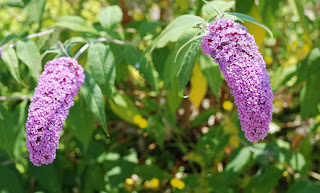 
The language of lying

Zip Lookup. What your zip code says about you.

Crazy about this Colombian salsa dancing. Wow, his body is electric! Knees on fire!
SALSA CALEÑA


And Colombian salsa as it looks danced with couples in a club, sizzling
Colombian Style Salsa at a Club in Cali, Colombia 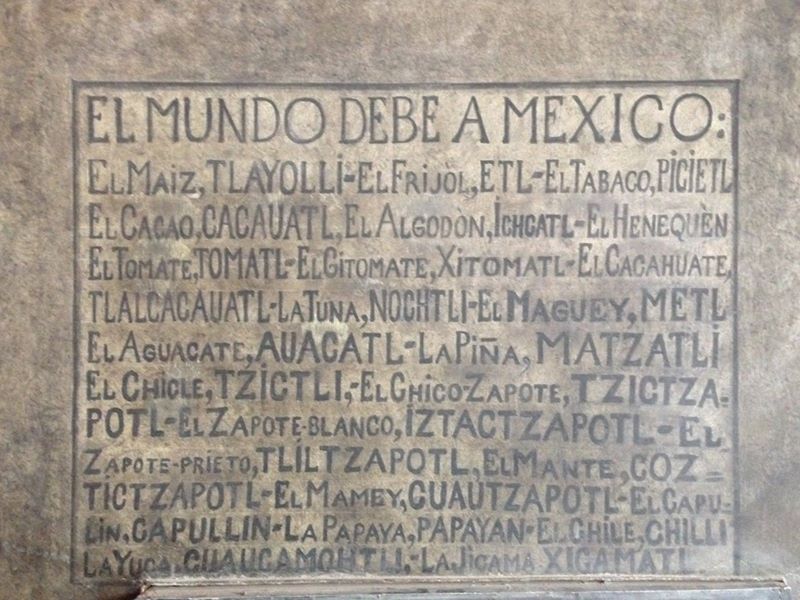 Posted by nickyskye at 9:18 PM No comments:

Some Mongolian pop and contemporary art

Solongo Mellecker, Mongolian pop artist. One can buy prints here.
"I was born and grew up in Mongolia. After receiving my BFA in Mongolian Traditional Painting, I moved to Atlanta to pursue illustration and received my MFA in Illustration from SCAD Atlanta. My illustrations are unique and whimsical, inspired by folk tales, myths and imaginations with my style that is influenced by both Mongolian and Western culture. I have been working as a freelance illustrator over 10 years illustrating for editorials, advertising, children’s books, postcards and textile designs. 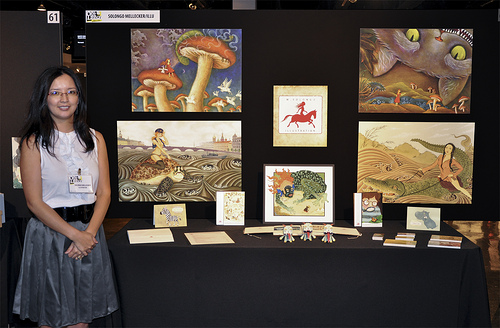 I am comfortable working with variety of mediums such as acrylics, color pencils, watercolors, ink and gouache and digital media. My illustrations have been featured in professional shows for both Society of Illustrators Los Angeles and New York, Illustration annuals from 3 x 3 Magazine, Society of Illustrators NY, Spectrum 18. I also enjoy showcasing my illustrations and painting in various galleries throughout the US. I live and freelance from my little home studio in Atlanta, Georgia."

Zayasaikhan Sambuu, Zaya, was born in a small town Baatsagaan Bayankhongor in Mongolian 1975 , During his teenage years the oppression and censorship of communism began to fade away; which enabled the re emergence of forgotten Mongolian culture and heritage as well as the freedom of religion. Growing nationalism and religious freedom allowed many people to practice Buddhism and as a skilled teenager Zaya was greatly encouraged by the elders to depict portraits of Buddhist Gods in order to recover their religious customs and values. That had been forbidden by the communist regime for more than a decade. For this reason, Zaya was first introduced to art through Buddhism. Indeed, Buddhism had especially influenced him and at the age of 15 he decided to become a monk.
However, after studying Tibetan religious texts for two years, he realized that he had a greater interest in art itself rather than religion. In addition, the lifestyle of the monks and the strict rules of religion clashed with his artistic personality and creative mentality. At the age of 17, Zaya enrolled at the Soyol Fine Art College in Ulaanbaatar to study traditional Mongolian fine arts. After finishing college, he continued to study at the Institute of Fine Art at the Mongolian University of Culture and Art, graduating in 2002. 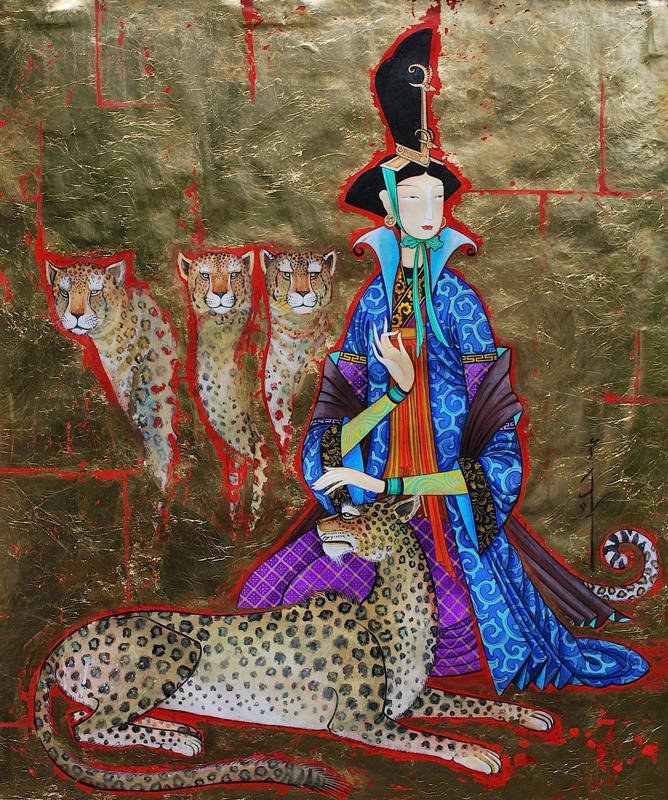 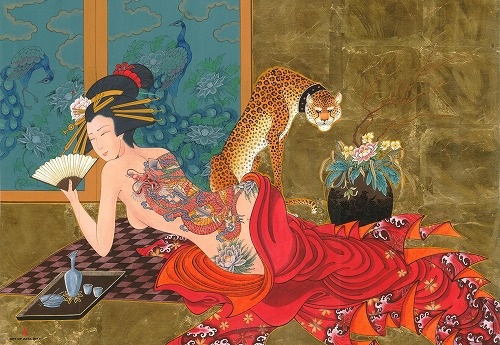 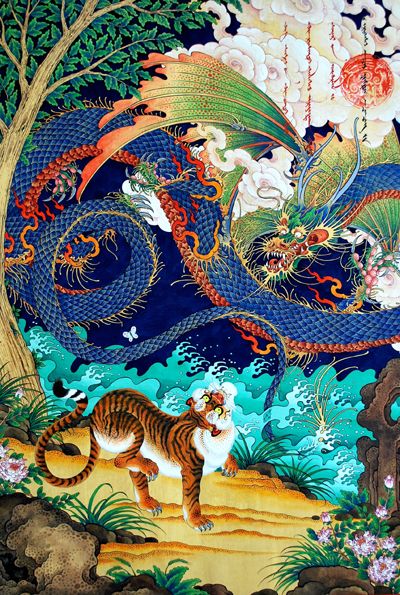 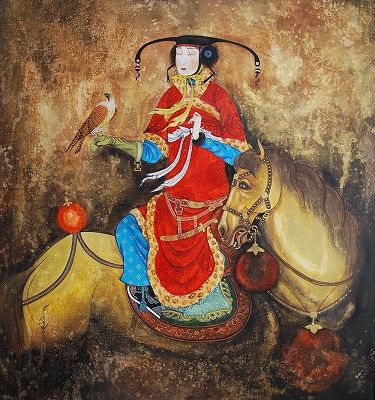 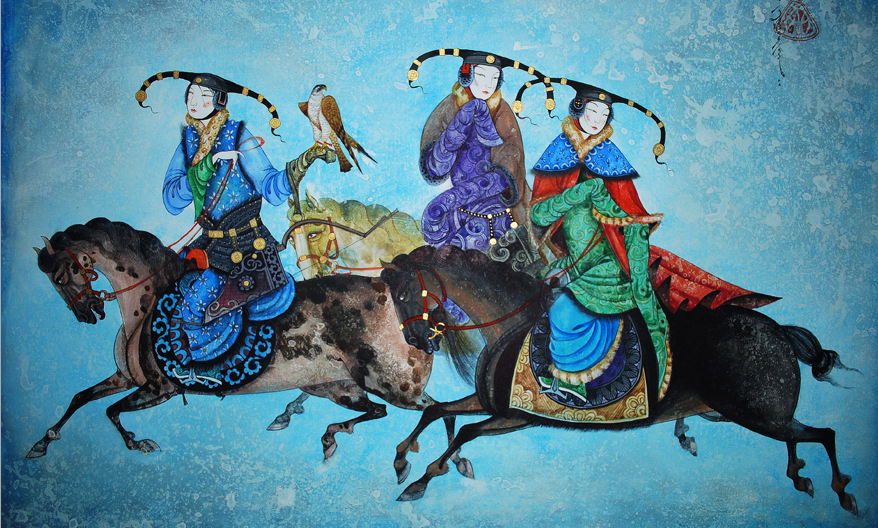 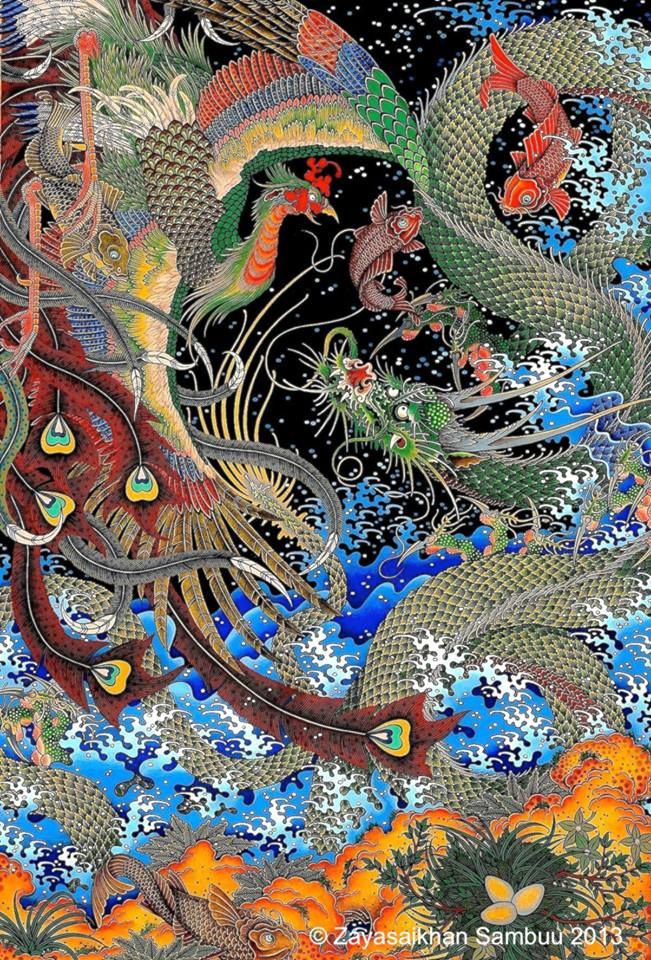 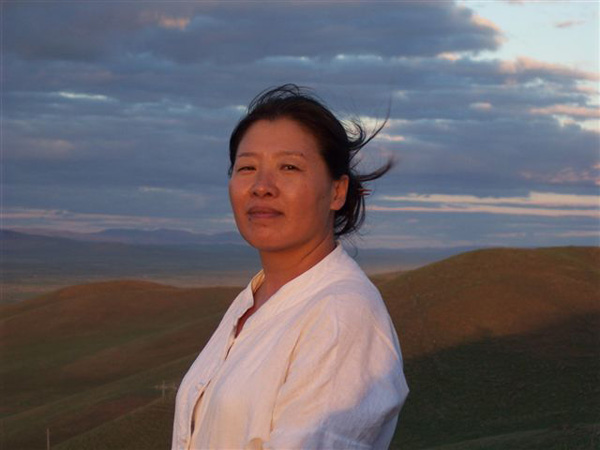 Xue Mo's premise is that the composition of these paintings act as a focal point for meditation on such concepts as virtue, beauty, serenity, benevolence, and tranquility.

Variously described as "Renaissance", "Chinese Vermeer" or "Medici- like portraiture", Xue Mo's paintings evoke a timeless elegance and a return to pure painting. Critic Katherine Wilkinson has written, "In the 20th Century, many Asian artists have sited, in the human figure, the portrayal and exploration of their own and their society’s identity and history and its changing relationship with other nations and a global culture...Xue considers her work deeply affected by old Chinese culture, its traditional music, calligraphy and early portraiture."

After graduating in 1991 with a Bachelor of Fine Arts in Painting, Xue Mo lectured in Fine Art in Beijing for many years before beginning her career as a full-time professional artist.

She has exhibited in Beijing, Singapore, Hong Kong, the US and Australia. The Diane Farris Gallery provides her first exposure in Canada.


The art of eagle hunting in Mongolia, photographed by Asher Svidensky