The statue of Liberty weathering the storm today. (A pic from the movie The Day After Tomorrow) 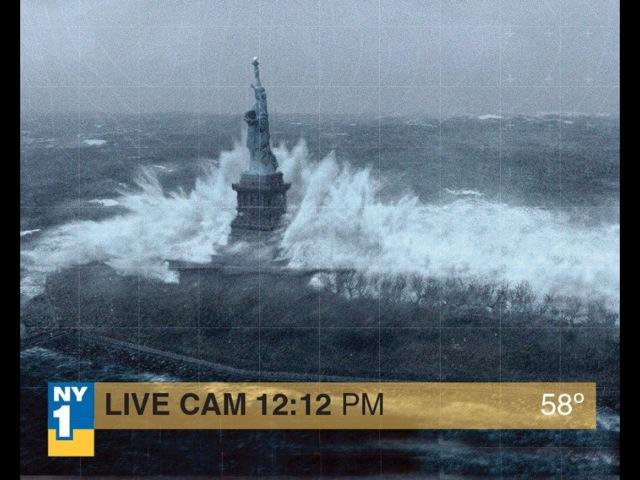 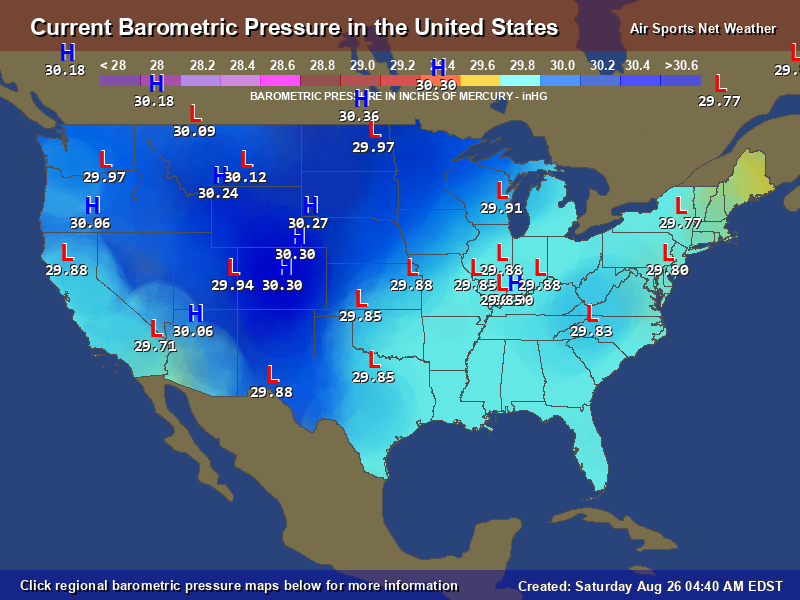 The view out my window just now. 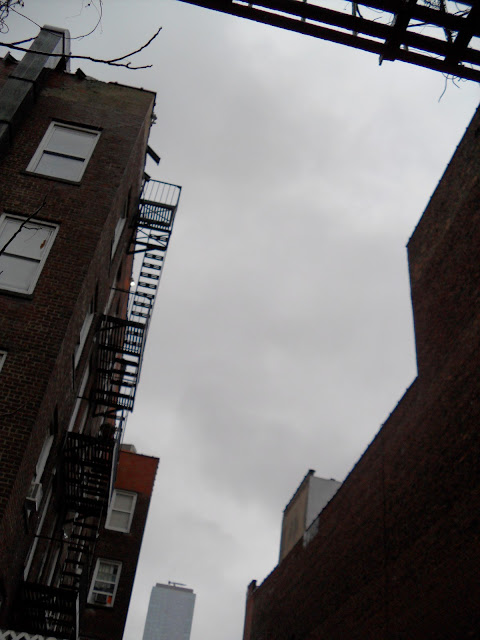 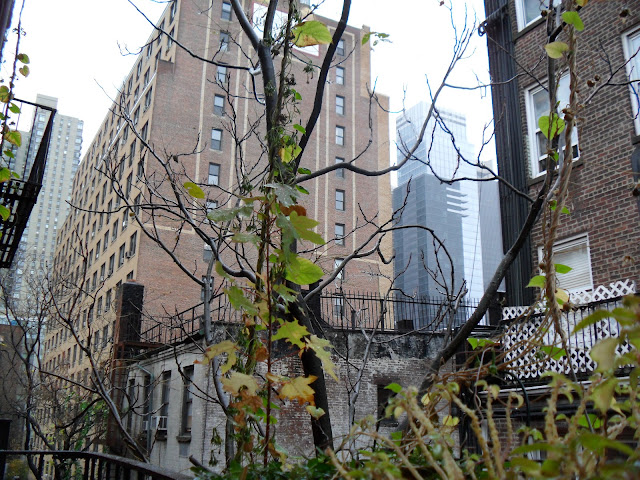 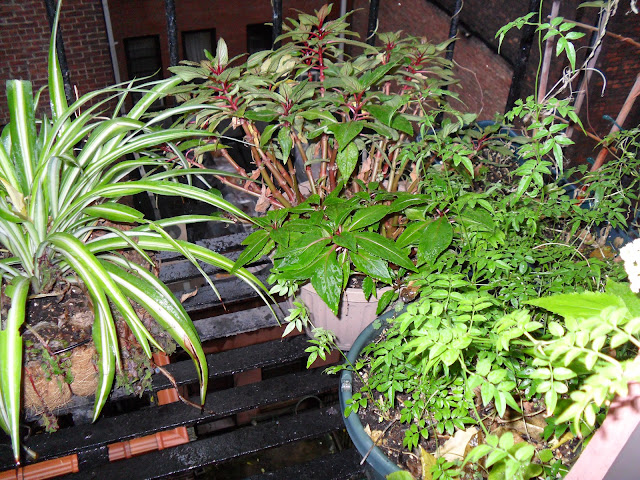 The real trouble is in the storm surge, the flooding that has already started to occur.

And there's a partially toppled crane at 157 West 57th Street, the gazillionaires building, between Sixth and Seventh Avenue, eight blocks away, that looks like it lost its, er, oomph. 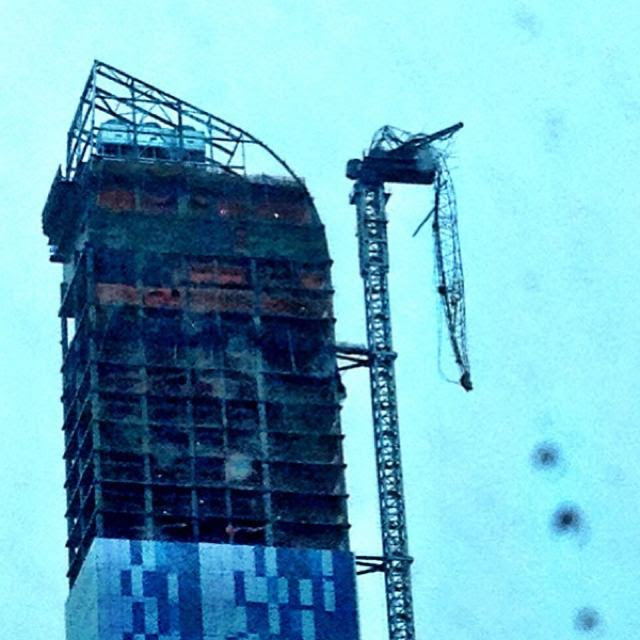 Hurricane Central ‏@twc_hurricane
HT @TWCBryan....landfall of #Sandy now looks to occur around 530p or 6p along the Jersey Shore. 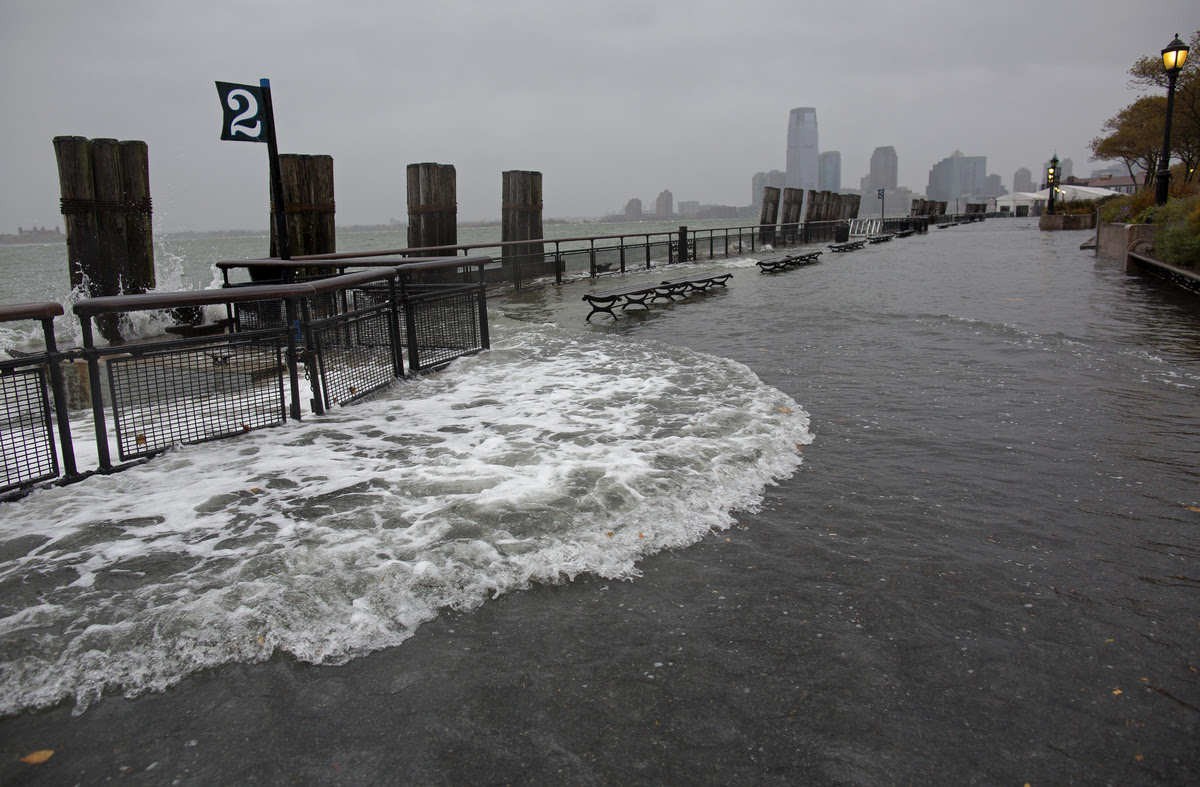 PHOTO: FDR Drive In NYC Flooded
Here is a photo of the flooding on the FDR Drive in New York, courtesy of HuffPost's Mike Ryan 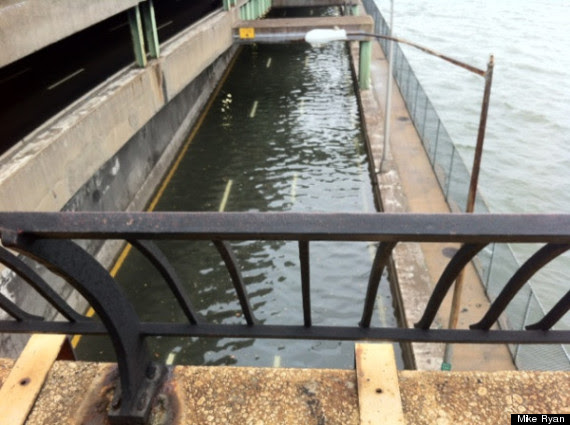 Hurricane Sandy: View From Above 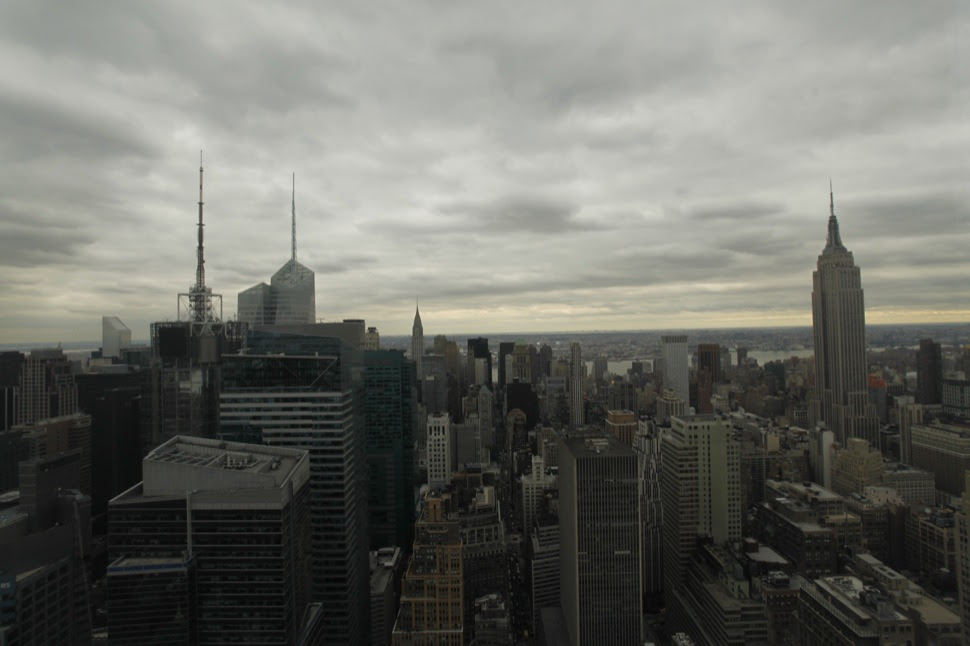 Here is the 5 am NOAA forecast for #Sandy:http://www.nhc.noaa.gov/text/refresh/MIATCPAT3+shtml/282038.shtml …. Storm has strengthened. Its center should arrive in NJ tonight.

A Closed Central Park Leaves Dogs at a Loss 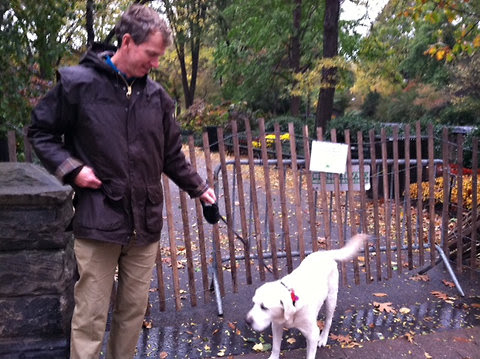 Liz Robbins/The New York TimesJohn Blondel and Rollo, a white Labrador, were denied access to Central Park.
They were crestfallen, whimpering in disbelief. The city’s dogs walked right up to an east side entrance of Central Park, saw the fence and could not fathom why they – and their owners – were not allowed in. For a little wind? Light rain? They had seen worse.
“I may have to carry him away,” said John Blondel, nodding to Rollo, a spry-looking white Labrador who was 10 and a half years old. Rollo decided to engage in a sit-down strike in front of the 79th Street entrance on Fifth Avenue.
Mr. Blondel, 56, who is in the investment management division for Goldman Sachs, had driven from his apartment in the West Village to give Rollo his daily constitution. Later, he would work from home. “This is going to be it for a while,” he said to his friend.
Soon, Rollo was joined by several other dogs dragging their walkers to yet another blocked entrance. “They’re just amazed,” Mr. Blondel said.
When a gust of wind blew an opening in the temporary fencing, Rollo was wise to the opportunity. Mr. Blondel had to pull him back and head to the car.
The city’s parks had been closed since Sunday evening, and the morning scene was an abject one indeed. As joggers dashed by on the slippery, leaf-laden sidewalk adjacent to the park – some took advantage of the empty bus lanes to run in the street – they had to dodge the dogs, who were similarly displaced from their morning routine.

Mr. Bloomberg said that about 3,000 people had come in to city shelters, a tiny percentage of the 370,000 covered under the evacuation order, most of whom are presumably staying elsewhere. Pets are allowed at shelters, and the mayor said that about 70 had been brought in.

Red Hook, Brooklyn is flooded
Via @greenpainting, the view from Red Hook: pic.twitter.com/qgeOo6ka.

More from Red Hook, via @jodyrosen, as the surge rises at Valentino Pier 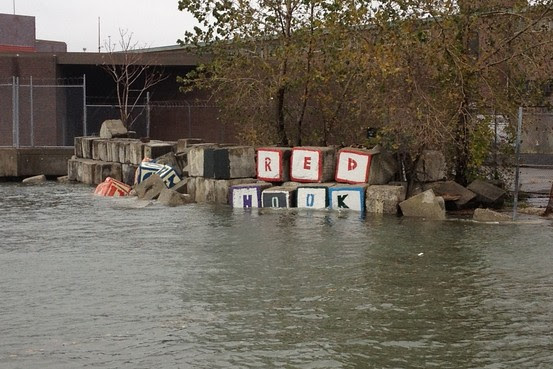 Out at the end of Long Island in Sag Harbor
KMenuExpress Kathryn Menu
Long Wharf in Sag Harbor; 9:24 am, Monday

Just Call Me Frank™© ‏@JustCallMeFrank
Somebody prayed for less Election coverage, and thus #Sandy was born.

CNNMoney Investing ‏@CNNMoneyInvest
It's official! NYSE and Nasdaq will be closed for a second day thanks to Sandy. #sandy #stocks $NYX $NDAQ

kade ellis ‏@kade_ellis
#Sandy, if we haven't made this clear enough, the Humans of the Eastern Seaboard would like to sacrifice Goldman Sachs to your angry gods.

Google has also launched a NYC-specific version of the map that features evacuation information from NYC Open Data, as well as live webcams and details on emergency shelters. 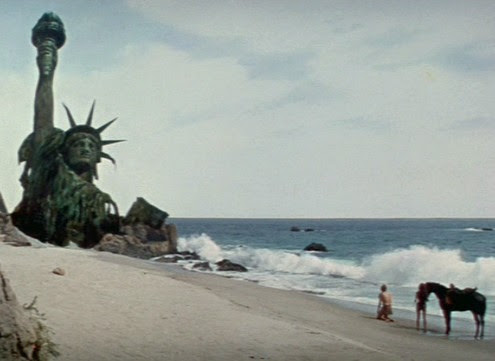 Posted by nickyskye at 3:24 PM